The West Virginia University School of Pharmacy is the reigning champion of the Inaugural American Association of Colleges Pharmacy Mock Trial! A team of six PharmD students coached by assistant professor Heather A. Johnson, PharmD, BCA,CP submitted written arguments agreeing and disagreeing with the question of whether the COVID-19 pandemic permanently changed the scope of pharmacy practice. They were initially chosen as one of the top four teams in the country. In the virtual semi-finals, the students had to take on the roles of lawyers and expert witnesses to persuade the jury on the "pro" side of the argument. They won a close match and were invited to the finals in Grapevine, Texas where they had to argue against the issue. With several faculty and staff members there to cheer them on, they again prevailed. The winning team includes students Brittany Davis, Autumn Fogle, Miranda Moser, Imalisse Alejandro Ramirez, Molly Swartzmiller, and Jimmy Wyland.

P3 Michelle Grose was recognized nationally for her research in mental health. Grose, a native of Perryopolis, Pennsylvania, was one of 29 students in the country to receive the Gateway to Research Award from The American Foundation for Pharmaceutical Education. The award will allow Grose to continue her efforts to influence patients dealing with depression while working with her faculty meant,ors clinical assistant professor Angela Goodhart, PharmD and assistant professor Heather Johnson, PharmD. Grose will focus her work in the WVU Medicine Clark K. Sleeth Family Medicine Center in Morgantown, where her mentors work in the family medicine department. https://pharmacy.hsc.wvu.edu/profiles/student-profiles/michelle-grose/

During the Kappa Psi Grand Council Convention (GCC) in Phoenix, Arizona in July, P4 Hunter Curry received two awards. The Foundation Scholarship is an application-based award that recognizes a Brother who demonstrates leadership, academic success, and professional contributions to the profession of pharmacy at the Fraternity. As well as the Membership Spotlight Award. Selected by the International Committee based on nominations from individual chapters, this award highlights a Brother's dedication to their local chapter and outstanding work within the Fraternity. Four student pharmacists represented WVU at the biennial national conference.

Three student pharmacists were inducted into the E.J. Van Liere Research Society They are Michelle Gross (P3), Josh Arnold (P2) and Maryam Maghareh (P4). The students participated in the Initiation to Research Opportunities (INTRO) Summer Research program which affords first-year medical and pharmacy students the opportunity to gain valuable research experience. Students are selected for the 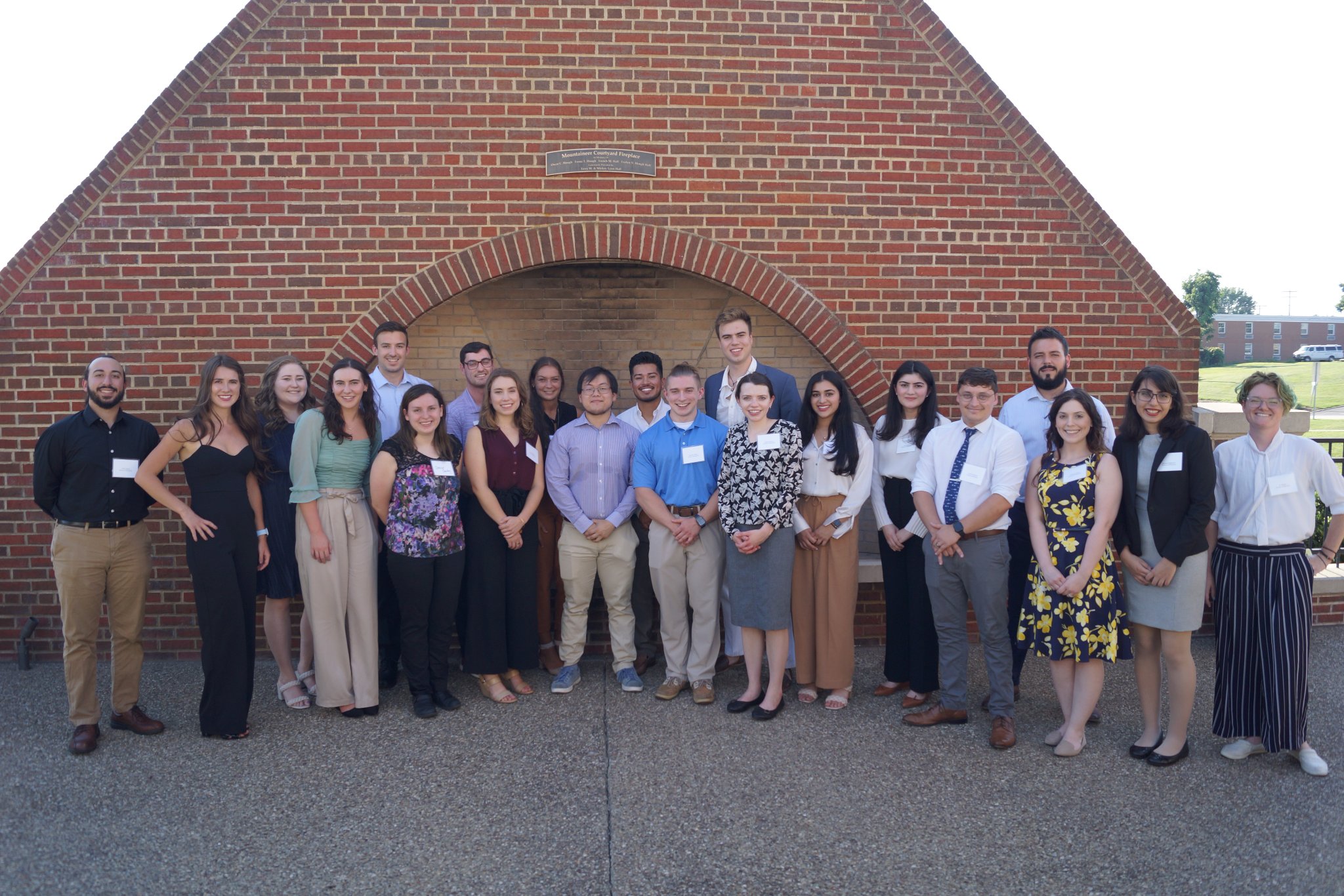